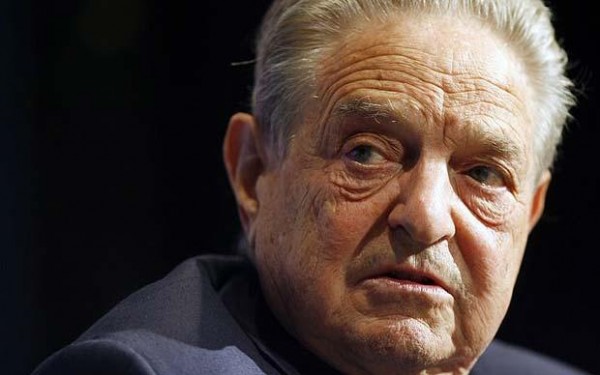 To put it simply, George Soros is the mad scientist of the political world. With his large international organizations and billions of dollars lining his pocket, the 86-year-old progressive is constantly looking for ways to transform – or as he would say, “improve” – society. In reality, however, Soros is incredibly dangerous. He has an enormous influence on elections, once donating an astonishing $23.58 million to 527 different organizations for the sole purpose of defeating George W. Bush. Soros also rejects the notion of American sovereignty, and would love nothing more than to see the United States become subservient to international bodies. In the past, Soros has participated in currency manipulation, and just like most other liberals, is an extreme environmentalist. (RELATED: George Soros calls Donald Trump a “would-be dictator”).

The threat that George Soros poses to our country and our Constitution cannot be overstated. Worse, Soros seems to feel no remorse for his radical actions and relentless social engineering. In an interview on 60 Minutes, Soros once said, “I am basically there to make money. I cannot, and do not, look at the social consequences of what I do.” In other words, as long as George Soros gets paid at the end of the day, anything goes. (RELATED: Read about how George Soros and Hillary Clinton nearly conquered the world).

It is interesting to see how the same liberal democrats who complain about the rich using their vast wealth to exploit the system, seem to always give George Soros a free pass, even when he openly talks about his intentions. It goes to show that even the things that liberals oppose the most – the rich, the system they deem “unfair and oppressive,” etc. – are ignored when the offender is one of their own.

While George Soros won’t be around forever, his extreme ideas and radical worldview will be. In fact, liberals are already taking action to make sure of that.

Paul Polman is the current CEO of Unilever, a multinational corporation that sells hundreds of popular items many of us use day-to-day, from Dove soap and Ben and Jerry’s ice-cream, to Axe body spray. The company, according to its website, helps people “feel good, look good and get more out of life,” giving it “a unique opportunity to build a brighter future.”

This past February, Polman was asked in an interview to explain how much time he spends running his company, versus how much time he spends engaged in politics. “To me, it is the same,” Polman said. “I don’t separate that. I think it is an integral part of the way we run our business.” The idea that business and politics shouldn’t be separated is certainly something that George Soros believes in, as seen through his management of Open Society Foundations, MoveOn.org, Democracy Alliance and several of his other organizations.

As if trying to channel his inner Soros, Polman is leading Unilever in a progressive direction. Shortly after taking the position of CEO, for example, Polman launched the Unilever Sustainable Living Plan. Additionally, in 2012, he helped to organize the “Inclusive Capitalism” conference in London. This eventually led to the creation of the Coalition for Inclusive Capitalism, of which Polman is a member.

In the months leading up to the 2014 conference, Polman coauthored an essay detailing the specific goal of “Inclusive Capitalism,” which was to “redefine capitalism and build a sustainable and equitable global economy.” Just like Soros, Paul Polman seems to believe that the capitalist system must be remodeled, and that American sovereignty must take a back seat to a globalist worldview.

If all this isn’t convincing enough that Polman may very well be the next George Soros, the Unilever CEO also serves on the Ukraine Investment Council with none other than – you guessed it – George Soros himself. Unfortunately, it appears that while Soros may be getting ready to enter the final years of his life, his vision will live on.