Billionaire Peter Thiel: Globalization is over 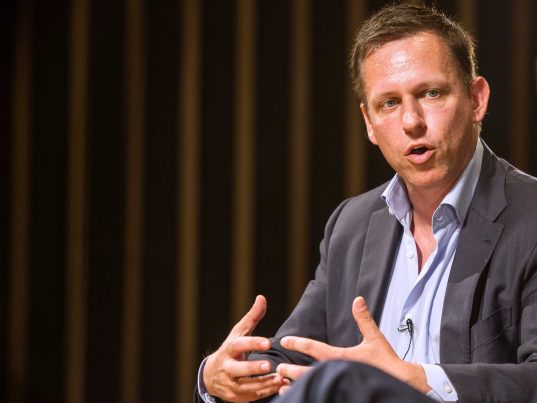 Peter Thiel, one of Trump’s most loyal and outspoken supporters, says that the election of the billionaire businessman is a sign that the era of globalization is over.

“I think the tide on globalization is just going out,” Thiel said Tuesday night at the CERAWeek by IHS Markit conference in Houston. Thiel added that there were several indicators of this, including the movement of people, new restrictions on immigration, movement of trade, and movement through information.

Regarding the tightening of regulations in Western Europe and other places, Thiel said that even though “the Internet was designed to survive a nuclear war,” he believes “there are a lot of regulatory challenges that Silicon Valley will be facing from Western Europe and elsewhere in the years ahead.”

Mr. Thiel went on to explain how Silicon Valley appears to have embraced the move towards globalization in recent years. “There’s a technological determinism story you can tell where this is the future and China will eventually buckle under and cave and eventually adopt all of these things,” he said. “But then you might wonder, maybe this doesn’t happen at all, and maybe it’s possible for the Internet to actually fragment and not to have this historical necessity to it.”

Later in the discussion, Thiel took a shot at the annual Davos World Economic Forum to make the point that no one today would ever start a business with the word “global” in its title. “A decade ago, this was a group of people who were running the world,” he explained. “And now, it’s just a group of people who messed up the world.” (RELATED: Read about the globalization of GMOs.)

Donald Trump himself has made it abundantly clear on multiple occasions that he opposes the concept of globalization just as much as Thiel. “Our politicians have aggressively pursued a policy of globalization – moving our jobs, our wealth, and our factories to Mexico and overseas,” Trump said last June on the campaign trail. “Globalization has made the financial elite who donate to politicians very, very wealthy. I used to be one of them. Hate to say it, but I used to be one of them.”

While Trump’s view on trade and his protectionist philosophy has been criticized (and rightfully so) by many constitutional conservatives, there is something to be said about a man who so desperately wants to preserve American sovereignty. The United States is independent from the rest of the world in our laws, our traditions, our culture and our Constitution, and that’s exactly the way that it should be. As Americans, we should be embracing that idea, not rejecting it.