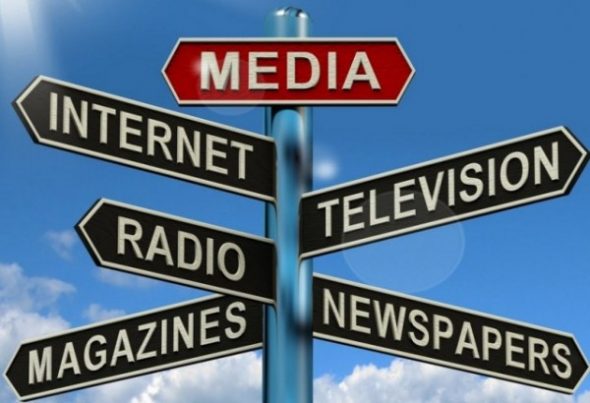 The rise of Donald J. Trump to the presidency was aided in large part by the massively expanding power and influence of the Independent media over the old, discredited fake news establishment media that could not succeed in pushing their preferred candidate, Hillary Clinton, over the finish line.

But the indy media isn’t just responsible for Trump – it is also responsible for putting the squeeze on billionaire globalist George Soros, who has used his fame and fortune as a battering ram against liberty and freedom in the West.

As reported by Breitbart News, that news site in particular was singled out recently in a Politico report for dramatically influencing populist opposition to Soros in his home country of Hungary, where the government is set to impose new restrictions and requirements on his “Open Society Foundations and other foreign-funded non-governmental organizations, or NGO’s,” a response that is likely fueled by Trump’s victory.

While Politico falsely described Breitbart as an “alt-right” news site – it has no connection to the so-called alt-right but is one of the most highly trafficked conservative-leaning news sites in the country – the report did accurately describe the effect that the indy media is having on Soros and others like him who seek to push their elitist, globalist agenda on people the world over, whether they want it imposed upon them or not.

The Hungarian government is moving to limit the influence of nongovernmental organizations that promote democracy and the rule of law, seemingly buoyed by U.S. President Donald Trump’s election victory and the ascendance of the alt right in Washington. …

The government argues that the law is intended to counter foreign meddling in the country’s politics.

To say that Soros-funded organizations “meddle” in the politics of certain countries (including the U.S. and those in Europe) is the understatement of the century. In the U.S., Soros-backed groups are responsible for violence, rioting and destruction in many cities. (RELATED: Left-wing puppeteer George Soros finances domestic terrorism again; when will the Trump administration arrest him?)

Hence the need to expose him and all that he is doing and stands for. Enter the indy media.

While Politico reported on Breitbart’s role in exposing Soros, it’s clear that it is not the only daily news site that has been busy exposing the Hungarian billionaire. In our own news network, we have launched Soros.news, which focuses exclusively on the meddling magnate.

Coverage at Newstarget.com, Bugout.news, Freedom.news and others throughout our network (which you can search at GoodGopher.com) is also adding daily new exposure to a man who clearly fancies himself a god and kingmaker.

Some of Soros’ dirty work in the U.S. includes:

— Support for illegal immigration, opposition to any enforcement of U.S. immigration laws and, most recently, support for staged protests that attempt to disrupt President Trump’s domestic agenda;

— Aaron Kline of Breitbart reported that “of the more than 2,500 documents hacked from the servers of Soros’s Open Society Foundations highlight the undue influence the billionaire financier exerts domestically, from attempting to remake the American electorate to successfully lobbying for changes in U.S. immigration policy to funding initiatives targeting local police forces”;

— Soros’ groups have been directly involved in financing what can only be characterized as domestic terrorism within U.S. borders;

— Financing of ongoing “protests” and domestic violence aimed at thwarting the administration of a duly-elected president and his staff. (RELATED: Soros to finance endless protests against the Trump administration, making his arrest for domestic terrorism even more necessary)

Just a few years ago, Soros was able to operate nearly invisibly, and any open operations purposely designed to subvert our government and the governments of other countries was either explained away or justified as “social progress” by the hapless fake news establishment media.

But no more. Today, thanks to independent media like ours and others, shady globalists like Soros can run away from the spotlight, but they can’t hide the damage that they’re trying to cause to self-governing democracies and republics everywhere.