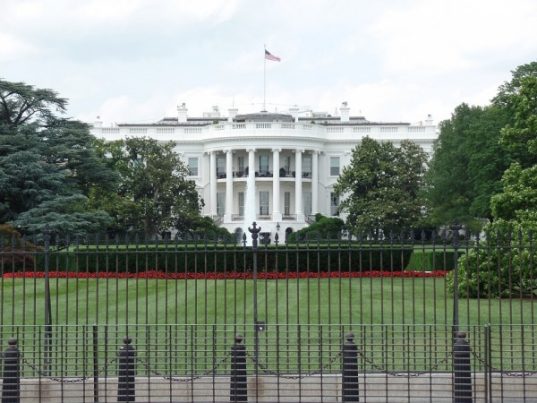 In just the few short weeks that Donald Trump has been in the Oval Office, the democrats have already revealed virtually every strategy and tactic that they have in their playbook. They are taking to the streets and lighting things on fire. They are fighting his cabinet nominees and threatening to filibuster his nominee for the Supreme Court. Some are even banding together and calling for Trump’s impeachment. (RELATED: Read about how democrats are trying to sabotage Donald Trump’s presidency). But one liberal from the state of California has now proposed something so preposterous and so juvenile that we just had to report on it.

Representative Ted Lieu has announced his plans to introduce a bill that would require a psychiatrist in the White House. “It is not normal for the President of the United States, within 24 hours, to write about death and destruction and fake news and evil,” Lieu said in an interview with the Huffington Post. “The most troubling aspect of this is it is very clear he has a disconnection from the truth.”

It’s abundantly clear that this bill is more of an attack on Donald Trump than a legitimate proposal intended to improve the health of the President of the United States. It’s a way to point the finger at Trump and say, “this man is crazy.” While we’re on the subject of psychoanalyzing people involved in modern day politics, let’s take a look at some of the “whacko birds” (to quote John McCain) on the left side of the aisle.

In 2013, MSNBC host Melissa Harris-Perry went on the air with tampons dangling from her earlobes to protest anti-abortion legislation in Texas. “My producer Lorena made them for me, last week, some tampon earrings,” she explained. “Because, of course, you’ll remember the Texas state legislature said you could not bring tampons in when they were going, these women, to in fact stand up for their own reproductive rights. You weren’t allowed to, initially, bring tampons.”

Do you think Melissa Harris-Perry (and her producer Lorena) need to see a psychiatrist, Congressman Lieu?

In that same year, Martin Bashir, another host on MSNBC, suggested that someone should defecate inside of Sarah Palin’s mouth. Another host on the same network, Chris Matthews, once said that he gets a thrill up his leg when he listens to Obama speak. (RELATED: You won’t believe what Chris Matthews thinks is racist).

Should Bashir or Matthews see a psychiatrist, Congressman Lieu?

After the presidential election, it was reported that Hillary Clinton didn’t handle losing too well. “Sources have told The American Spectator that on Tuesday night, after Hillary had realized she had lost, she went into a rage,” Robert Emmett Tyrell, the founder of The American Spectator said, “Secret Service officers told at least one source that she began yelling, screaming obscenities, and pounding furniture. She picked up objects and threw them at attendants and staff.”

If what these sources say is true, Congressman Lieu, would you recommend that Hillary Clinton pay a visit to a psychiatrist as well? Probably not.