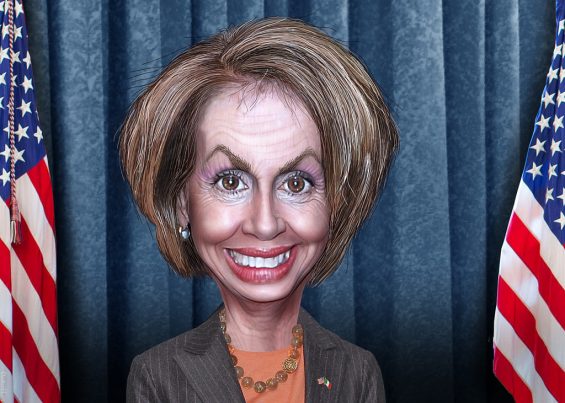 Would it surprise you that the Democrats in Washington are pandering to the open borders, social justice cohort at the expense of national security?

OK, that was a rhetorical question.

In case you needed a refresher, however, case in point is Nancy Pelosi, the minority leader and one-time Speaker of the U.S. House of Representatives. Pelosi has been in Congress for 30 years representing a far-left San Francisco district.

Pelosi is famous, or infamous, for saying that lawmakers had to pass Obamacare first before America could find out what’s in it. Obamacare passed on a straight party-line vote through a parliamentary process called reconciliation when Democrats were in charge on Capitol Hill. Pelosi’s comment will go down in history alongside Obama’s  promise that “if you like your healthcare plan, you can keep your plan,” which even the liberal Politifact had to admit was a lie of the year.

Parenthetically, the President Trump-hating Washington Post, a propaganda rag which Jeff Bezos of Amazon purchased at a glorified fire sale, recently published fake news about Pelosi’s favorite law by claiming that a repeal of the Unaffordable Care Act could cause 40,000 deaths each year if and when those insured lose their coverage.

Last Monday evening, Pelosi and some of her colleagues spoke outside the U.S. Supreme Court building to a crowd of protesters demonstrating against President Trump’s temporary ban for seven Middle Eastern nations that were identified by the Obama administration as “countries of concern.”

There have been reports that left-wing billionaire George Soros has been paying protestors to show up at various venues around the country as well as funding legal challenges to the executive order.

A Seattle federal judge blocked the further implementation of the executive order, however, and the case is now pending at the U.S. Court of Appeals for the Ninth Circuit (in Nancy Pelosi’s hometown) and from there, will likely head to the Supreme Court.

In the clip embedded below, a hot mic picked up Pelosi twice encouraging Rep. Andre Carson to make sure he mentioned to the crowd that he was a Muslim, this after she had already introduced him as a “Muslim Member of Congress.”

Carson, who represents an Indianapolis-area district, also mentions in the clip that he is a former police officer.

According to Kevin Jackson of TheBlackSphere blog, “Carson was raised by his politician grandmother. As a ‘cop,’ Carson enforced sales tax collection from local retailers, or what is known as an ‘excise officer.’ Not exactly patrolling the ‘mean streets’ of Indiana.”

Back In December 2010, Health Ranger Mike Adams, the founder of Natural News, scolded Pelosi for her dismissive attitude toward the constitutionality of the Obamacare individual mandate when asked about it by a reporter. “What’s clear from this exchange is that Nancy Pelosi believes Congress has absolute power over the people to simply invent whatever mandates, requirements or restrictions it wants, regardless of what powers were actually granted to the Congress under the US Constitution,” Adams wrote.