Insightful columnist “nails it” with explanation of why the Left is so hateful, deranged and dangerous 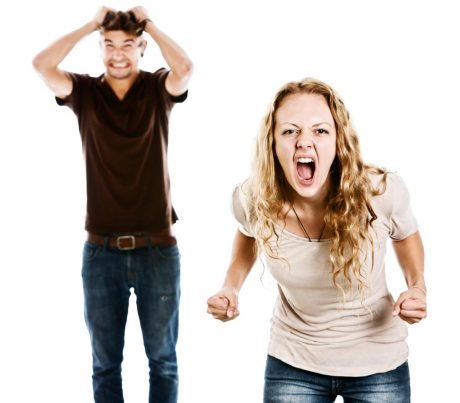 Columnist Kurt Schlichter from TownHall.com should be given a Nobel Prize for journalism… that is, if the Nobel Prize actually meant anything anymore. He just penned the most “right on” analysis of why the Left is so hateful, deranged and dangerous (and what you should be doing about it).

Essentially, he correctly concludes that the Left cannot be reasoned with because they are so deranged and hateful that they’re beyond the reach of reason. That’s why I call them “Libtards,” and you can read about their latest insanity at Libtards.news.

According to Schlichter, Libtards hate anyone who can invoke reason. That probably means YOU. And like he says in his column, it’s time to stop trying to appease the libtards, since they’re all seething with so much intolerance, bigotry and insanity that your efforts, no matter how well meaning, will be met with more intolerance, bigotry and insanity. (Just ask Milo Yiannopoulos.)

I’m reprinting part of Schlichter’s essay below. Read the full piece at Townhall.com.

The Left Hates You. Act Accordingly.

Leftists don’t merely disagree with you. They don’t merely feel you are misguided. They don’t think you are merely wrong. They hate you. They want you enslaved and obedient, if not dead. Once you get that, everything that is happening now will make sense. And you will understand what you need to be ready to do.

You are normal, and therefore a heretic. You refuse to bow to their idols, to subscribe to their twisted catechisms, to praise their false gods. This is unforgivable. You must burn.

Crazy talk? Just ask them. Go ahead. Go on social media. Find a leftist – it’s easy. Just say something positive about America or Jesus and they’ll come swarming like locusts. Engage them and very quickly they will drop their masks and tell you what they really think. I know. I keep a rapidly expanding file of Twitter leftist death wish screenshots.

They will tell you that Christians are idiots and vets are scum.

That normals are subhumans whose role is to labor as serfs to subsidize the progressive elite and its clients.

That you should die to make way for the New Progressive Man/Woman/Other.

Understand that when they call Donald Trump “illegitimate,” what they are really saying is that our desire to govern ourselves is illegitimate. Their beef isn’t with him – it’s with us, the normal people who dared rise up and demand their right to participate in the rule of this country and this culture.

They hate you, because by defying them you have prevented them from living up to the dictates of their false religion. Our rebelliousness has denied them the state of grace they seek, exercising their divine right to dictate every aspect of our puny lives. Their sick faith gives meaning to these secular weirdos, giving them something that fills their empty lives with a messianic fervor to go out and conquer and convert the heathens.

And the heathens are us.

Oh, there are different leftist sects. There are the social justice warriors who have manufactured a bizarre mythology and scripture of oppression, privilege, and intersectionality. Instead of robes, they dress up as genitals and kill babies as a blasphemous sacrament. Then there are the pagan weather religion oddballs convinced that the end is near and that we must repent by turning in our SUVs. Of course, the “we” is really “us” – high priests of the global warming cult like Leonardo DiCaprio will still jet around the world with supermodels while we do the ritual sacrificing of our modern comforts. Then there are the ones who simply worship themselves, the elitists who believe that all wisdom and morality has been invested in them merely because they went to the right college, think the right thoughts, and sneer at anyone living between I-5 and I-95.

But all the leftist sects agree – they have found the revealed truth, and imposing it upon the benighted normals like us is so transcendently important that they are relieved of any moral limitations. They are ISIS, except with hashtags instead of AKs, committed to the establishment of a leftist caliphate.

You wonder why the left is now justifying violence? Because they think that helps them right now. Today it’s suddenly OK to punch a “Nazi.” But the punchline is that anyone who opposes them is a “Nazi.”

You wonder why they ignore the rule of law, why they could switch on a dime from screaming at Trump for refusing to preemptively legitimize a Hillary win and then scream that he is illegitimate the moment she lost? Because their only principle is what helps the left win today. That’s why the media gleefully, happily lies every single day about every single thing it reports. Objectivity? When that stopped being a useful thing, it stopped being a thing at all.

They are fanatics, and by not surrendering, by not kneeling, and by not obeying, you have committed an unpardonable sin. You have defied the Left, and you must be broken. They will take your job, slander your name, even beat or kill you – whatever it takes to break you and terrify others by making you an example. Your defiance cannot stand; they cannot allow this whole Trump/GOP majority thing to get out of control. They must crush this rebellion of the normal, and absolutely nothing is off the table.

We’ve seen them burn UC Berkeley and how the police controlled by the leftist state government of California stood by and watched as Americans were beaten by the mob. Why? Because the government of the State of California approves of the violence. Do you think it’s a coincidence that California is doing everything it can to disarm its normals?

The Left won’t say it out loud – at least not yet – but make no mistake. If violence is what it takes for the Left to prevail, then violence we will have. You saw it, and you were meant to. Berkeley was a message about the price of dissent where leftist hold sway. And they seek to hold sway everywhere

How to we respond?

The first step is to end the denial. Open your eyes. See what is happening. Don’t allow yourself to be deluded by false nostalgia for a past period of cultural peace that existed only because, at that time, the Left was winning. They hate you. Look at Twitter. Look at Facebook. Try and tell yourself that leftists are just nice people who disagree with you on a few policy details. Stop fooling yourself.